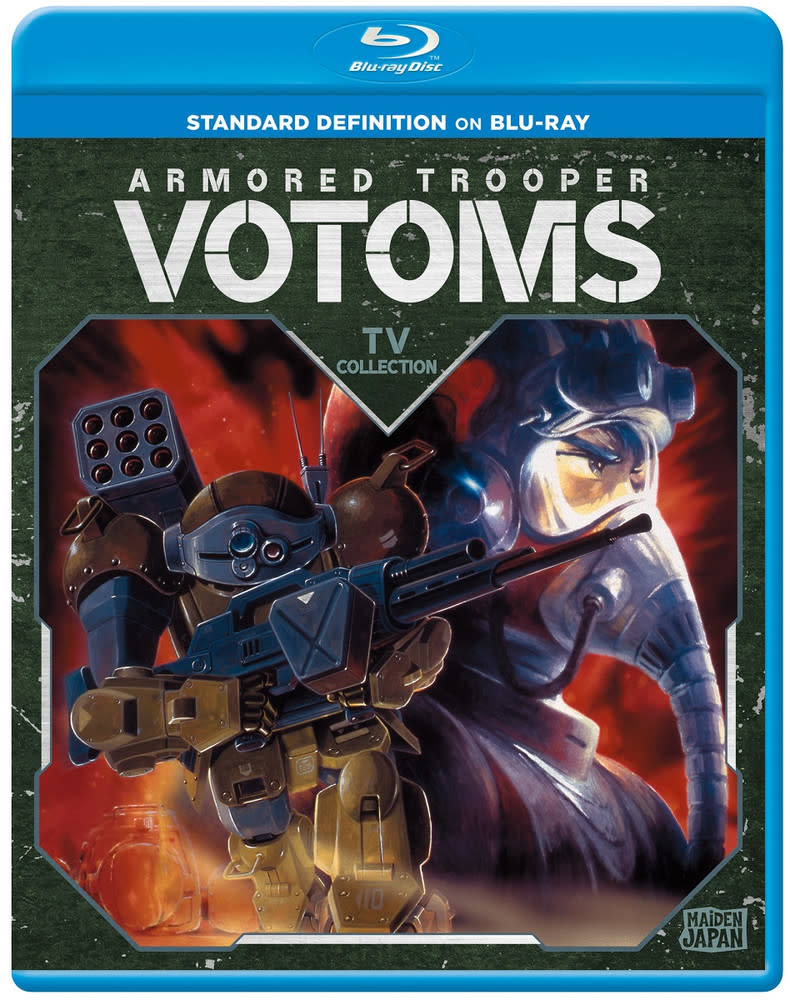 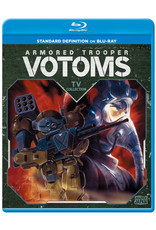 Armored Trooper VOTOMS contains episodes 1-52 of the original anime series directed by Ryosuke Takahashi presented in standard definition on blu-ray discs along with 6 Compilation Movies which include: Woodo, Kummen, Sunsa, Quent, Stories of the "A.T. Votoms," and Highlights from the "A.T. Votoms."

VOTOMS (Vertical One-man Tanks for Offense & ManeuverS) units are light and maneuverable on the battlefield, but in the hundred-year war between Gilgamesh and Balarant, they've essentially become expendable cannon fodder and pawns to be sacrificed.

The right pawn in the right place can change the course of the game forever, and when VOTOMS pilot Chirico Cuvie is mysteriously transferred from his elite unit to a top secret mission behind his own side's lines, he quickly learns that something is very wrong. Betrayed and branded a traitor, Chirico finds himself on the run from both sides as he seeks to unravel the truth behind the conspiracy and learn the secret behind the beautiful woman who seems to hold the key.