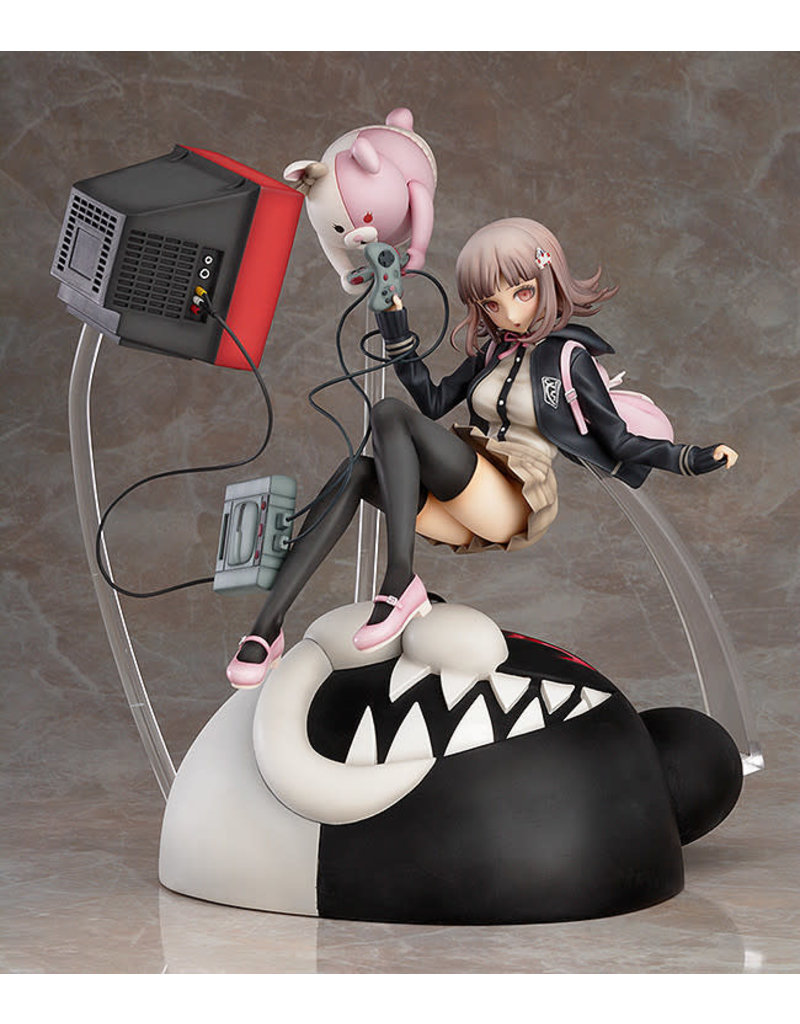 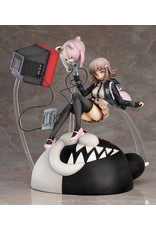 A figure of Chiaki Nanami! This is without a doubt 100 MEGA SHOCK!

From 'Danganronpa 2: Goodbye Despair' comes a second rerelease of the 1/8th scale figure of the "Super Duper Gamer" Chiaki Nanami! She is posed with Monomi by her side as she plays on her gaming console, all sculpted as if floating in the air.

Her expression, pose and intricate detail on even the smallest parts such as the controller have all been carefully sculpted to bring out Chiaki's character. The base of the figure is made to look like Monokuma's head, as if chasing the two of them as they float above him - bringing out the Danganronpa universe for fans to enjoy!