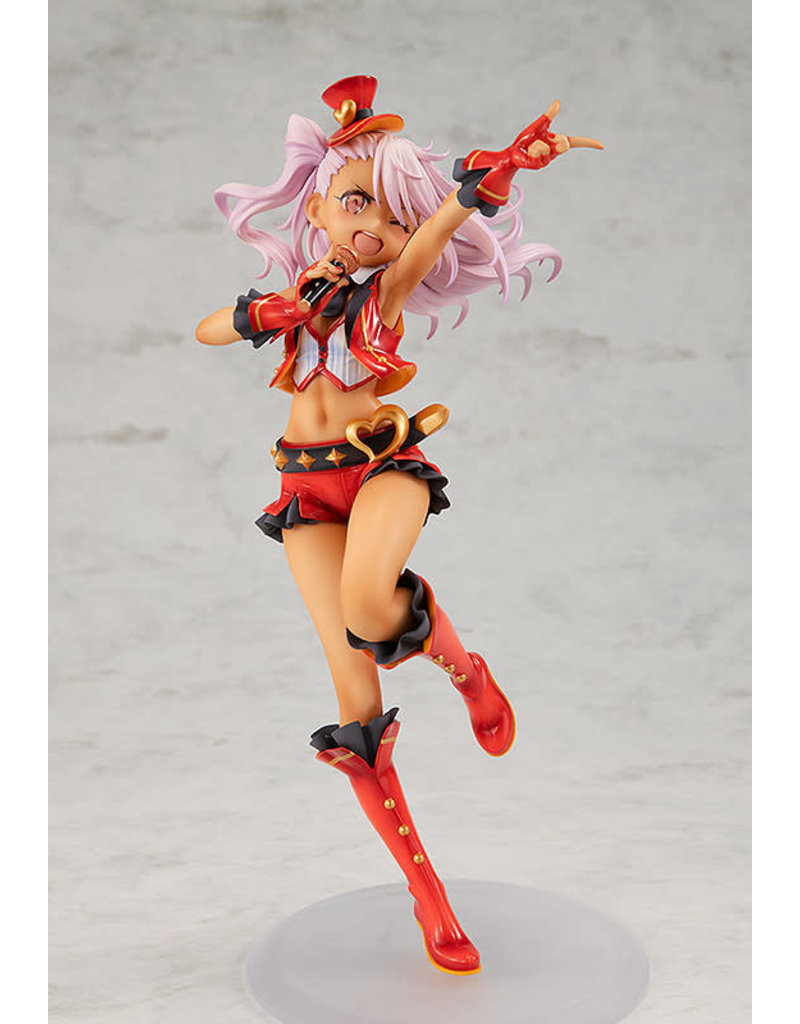 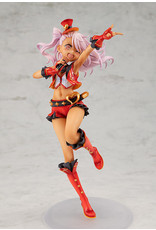 The final figure in the concert figure series! Presenting Chloe!

From the key visual illustration drawn by Hiroshi Hiroyama for "Fate/kaleid liner Prisma☆Illya Anniversary live event 'Prisma☆Klangfest ～kaleidoscope～'" comes a scale figure of Chloe! Chloe has been recreated in an energetic, dynamic pose with her left arm outstretched and an adorable winking expression on her face.

Everything from her top hat and jacket to her microphone has been carefully recreated. Areas like her hips, waist and legs have been faithfully recreated thanks to meticulously detailed sculpting and paintwork.