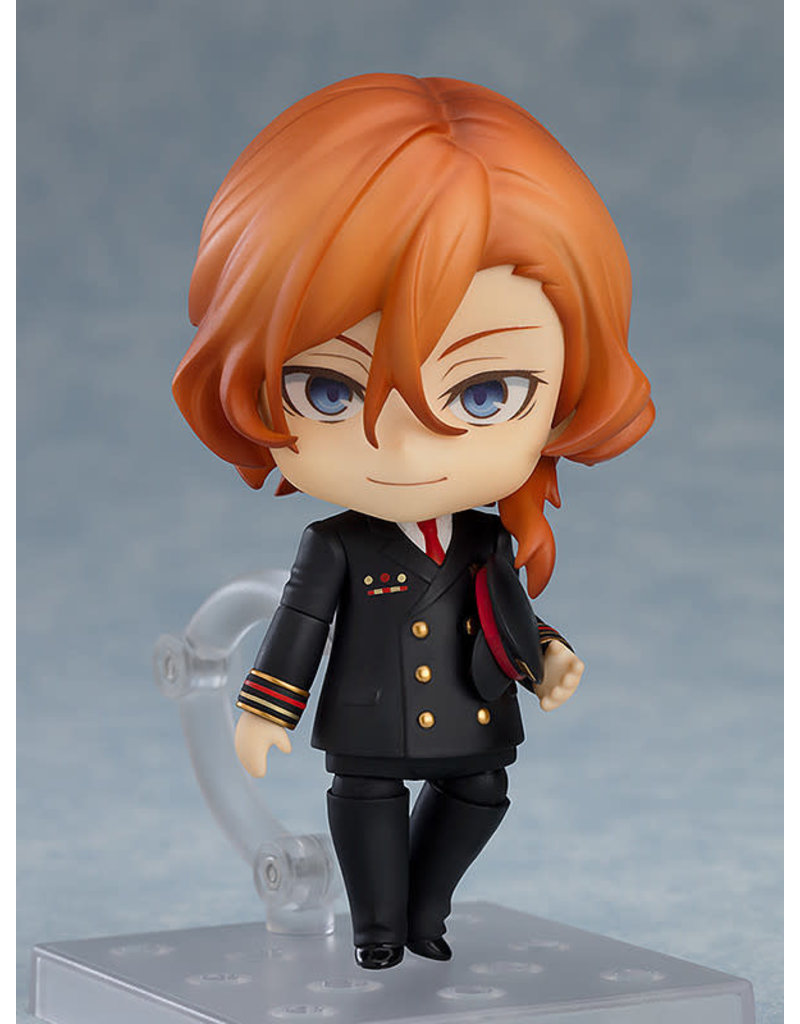 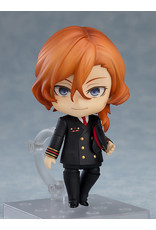 A pilot version of Chuya Nakahara made in collaboration with the Narita Anime Deck!

~ORANGE ROUGE 5th Anniversary Product~ From character designer Nobuhiro Arai's series of "Bungo Stray Dogs: Airport Ver." illustrations made in a collaboration with "Bungo Stray Dogs" and the Narita Anime Deck comes a series of new Airport Ver. Nendoroids! Chuya Nakahara has been recreated as an adorable Nendoroid in a pilot's outfit!

He comes with two face plates—a standard expression and a winking expression. In addition to his removable pilot's hat, a smaller pilot's hat that he can be posed holding is also included. A carry-on suitcase part and coffee cup are also included as optional parts. Be sure to add him to your collection!