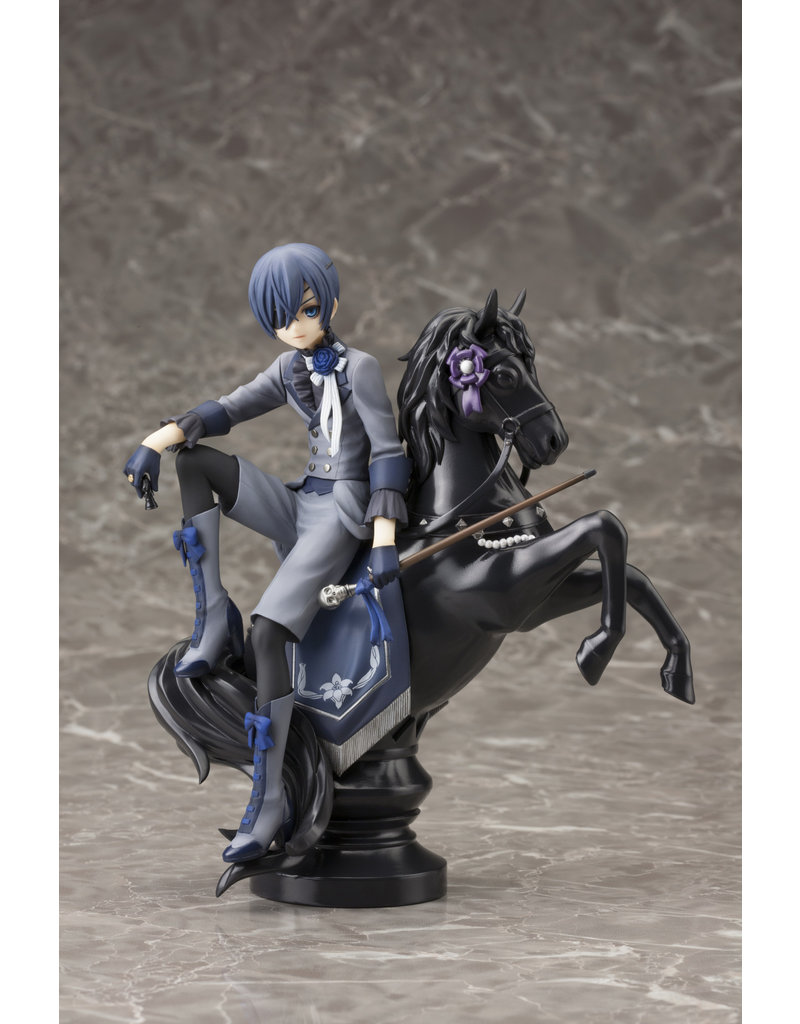 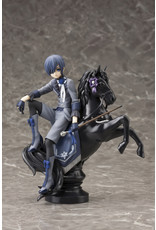 A KOTOBUKIYA Japanese import! The next new addition to the ARTFXJ lineup (a bold expansion designed “to bring classic Japanese characters to their fans worldwide”) is another massively popular anime and manga property, Black Butler and its most recent season “Book of Circus.” Based on the manga series by the same name by Yana Toboso, the animated series follows a rich young orphan and his butler who is really a demon in disguise serving his master before he can reap his soul. The new Kotobukiya ARTFXJ series captures the two main characters of the anime starting with the boy who has sold his soul for revenge on those who wronged him and his family, CIEL PHANTOMHIVE! The young earl and Queen’s Watchdog is dressed impeccably in a gray and blue riding outfit as he reclines on a unique black chess knight statue base. Ciel leans forward to examine his enemies with his one good eye, the other covered by a patch to hide the pentagram revealing his demonic pact. The young master Phantomhive’s clothing is a testament to the incredible talents of sculptor Tsukuru Hirahige with an outstanding attention to detail including bows, ruffles, creases, buttons, and so much more. There are even more great subtle elements to this presentation like Ciel’s ring and the items he holds: a chess piece and skull-topped cane. Ciel Phantomhive is just over 7 inches tall (1/8 scale) sitting on his horse statue base and is the perfect companion to his fellow Black Butler ARTFXJ presentation Sebastian Michaelis.