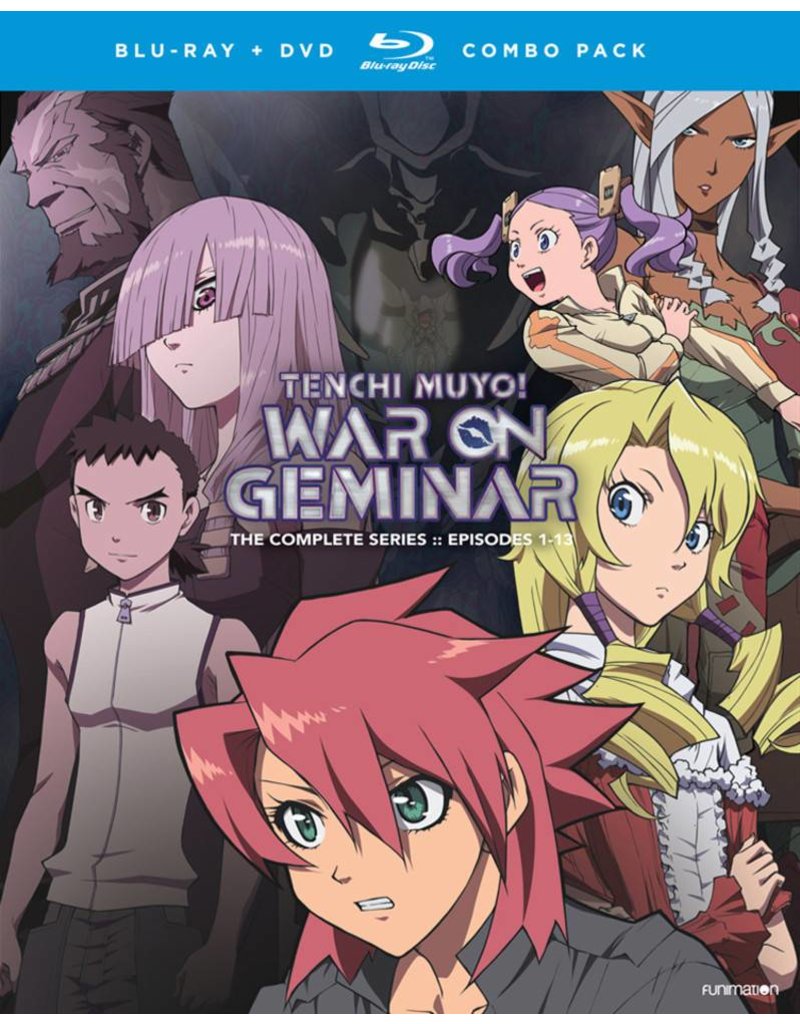 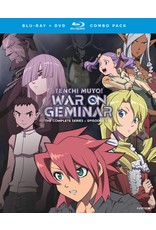 Tenchi Muyo! War on Geminar the complete series includes all 13 OVA's for the first time on Bu-ray and DVD.

Get ready for an adventurous new chapter in the legendary Tenchi franchise - a classic spinoff loaded with interplanetary hijinks!

Fifteen year old Kenshi Masaki was taken from his home planet, transported to a galaxy far, far away, and captured by a gorgeous princess! This royal beauty quickly claims Kenshi as her personal servant and lends him out to all the lecherous ladies at her prestigious boarding school. On the rare occasion Kenshi doesn't have his hands full with a curvaceous coed, he can be found training for the intergalactic mecha battle royale looming on the horizon. Helping the princess save her planet is Kenshi's ticket home, but losing means he'll be stuck scrubbing backs in the interstellar sauna for the rest of his life! Every boy should be so lucky.