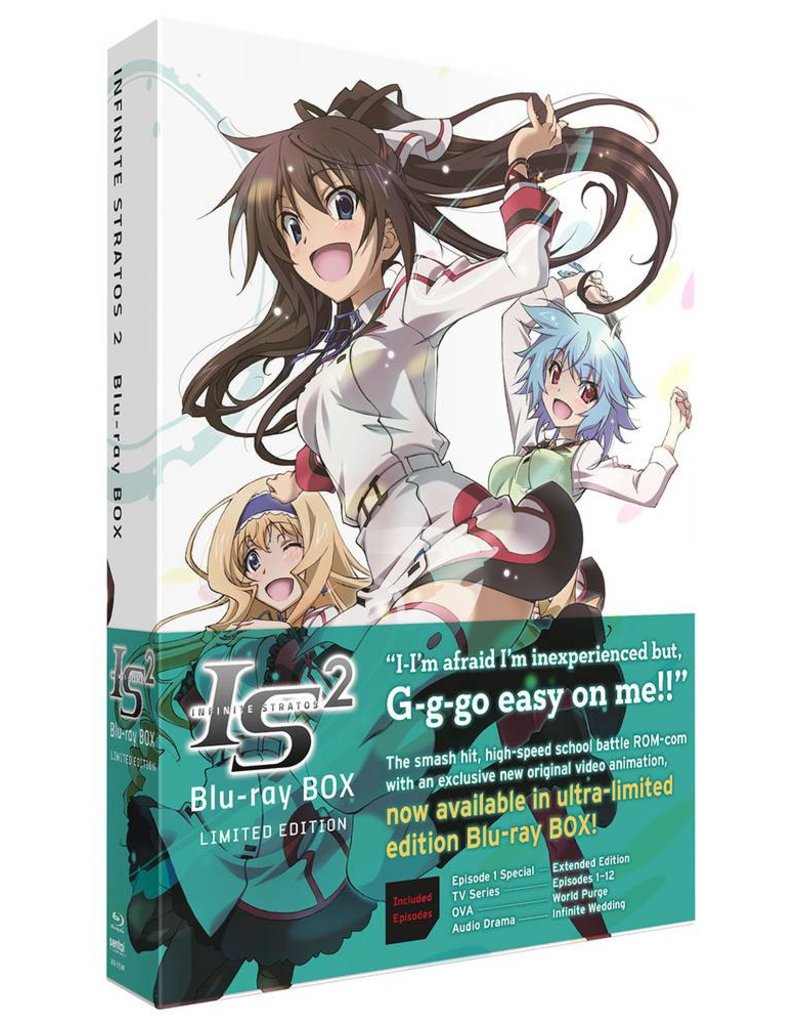 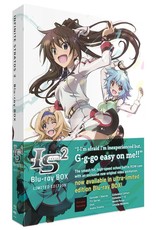 There are probably worse things that could have happened to Ichika Orimura than being the only guy in a training academy filled with military hardware and several battalions of highly competitive and extremely boy-crazed teenage girls. And being caught in a five-girl crossfire between his obsessive childhood friends Lingyin and Houki and the even more zealous British, German and French pilots Cecillia, Laura and Charlotte, at least turned out to be survivable.

But surely, Ichika's finally put all his female troubles behind him, right? Oh don't be ridiculous. None of the femmes fatales in his life have canceled their conquest scenarios; there's double trouble arriving in the form of the Sarashiki sisters; the rest of the school is still waiting in line to take their shot; and when a whole new set of female pilots working for the bad guys shows up with a new generation of stolen IS hardware, things are about to get utterly lethal!

The mayhem continues, the mecha runs amok, the hormones run wild and the maiden's behavior becomes even less maidenly as Ichika gets schooled for a second spectacular semester in INFINITE STRATOS 2!