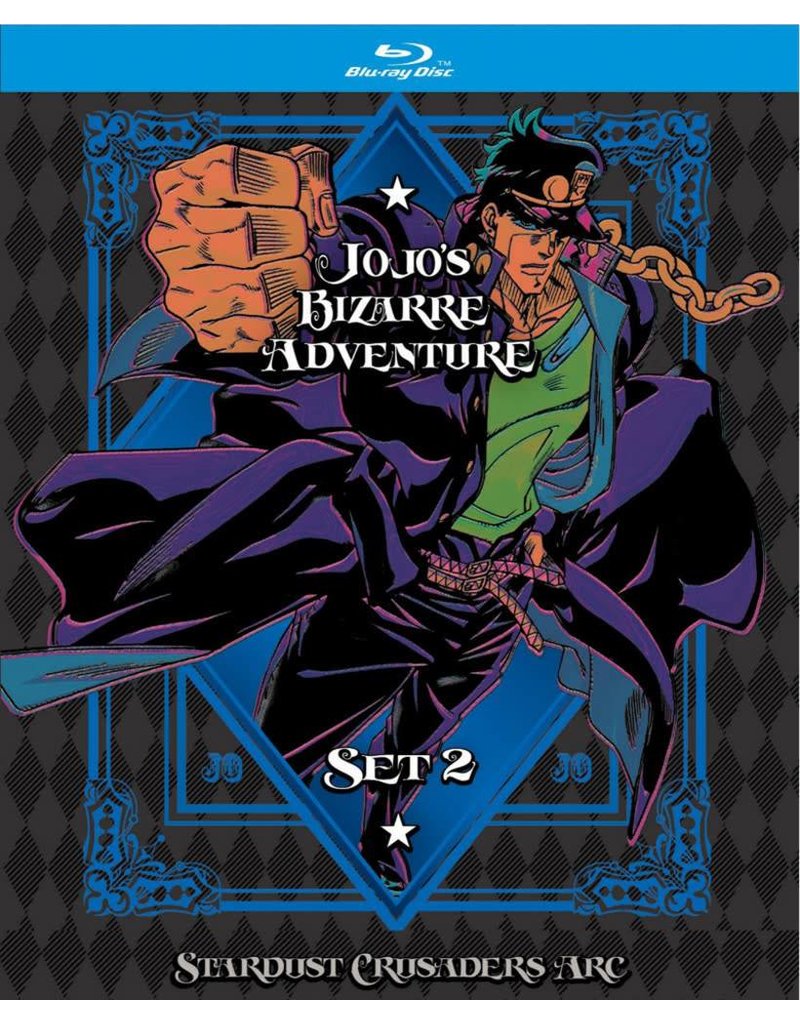 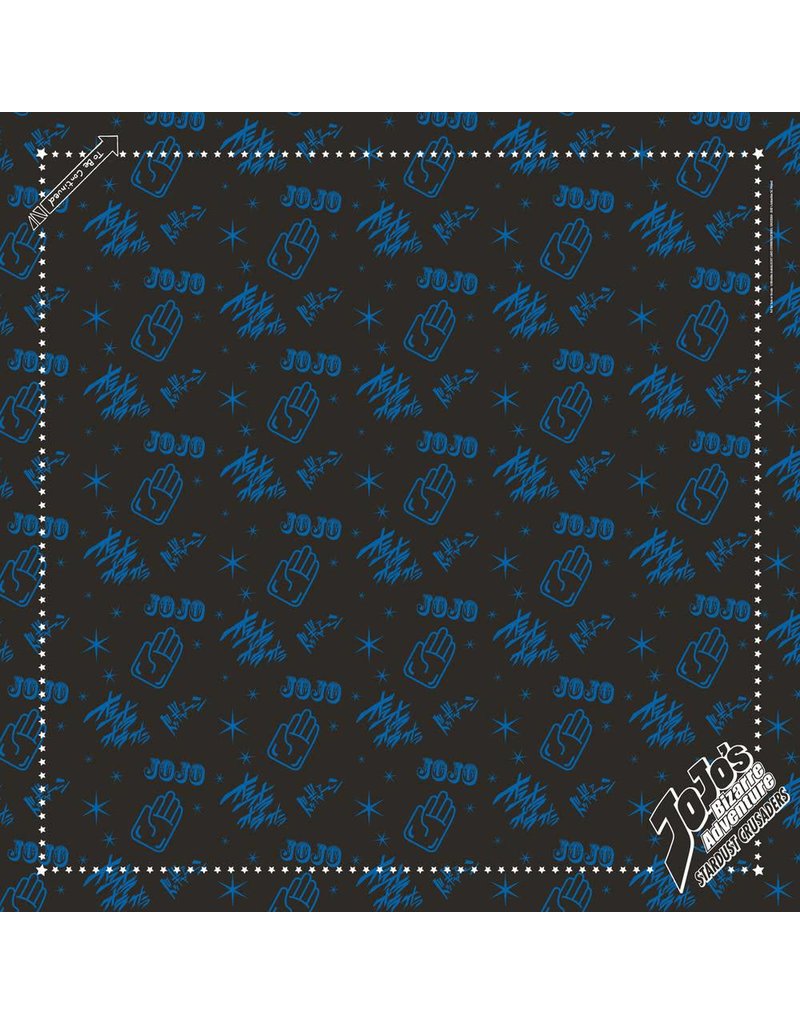 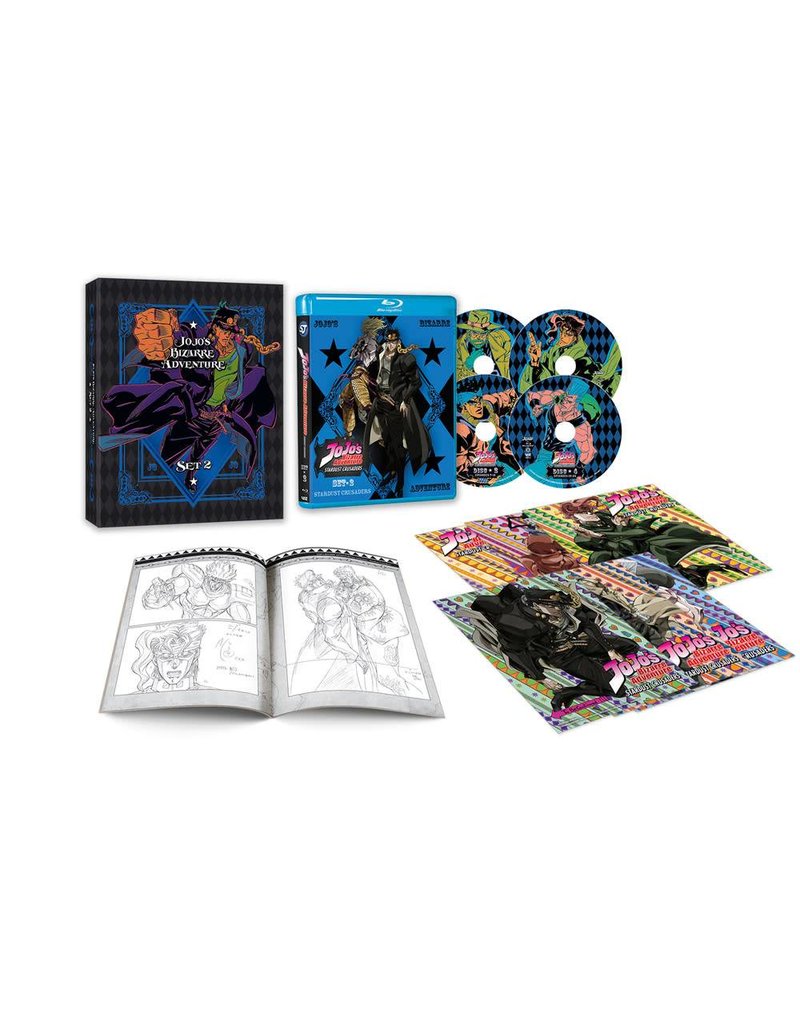 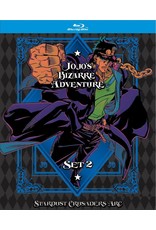 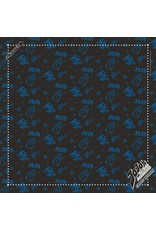 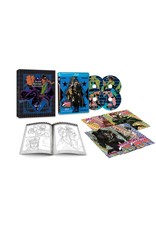 Set decades after the fall of the Pillar Men in “Battle Tendency”, “Stardust Crusaders” chronicles the journey of teenage Jotaro as he enters the deadly world of supernatural powers called Stands, physical manifestations of destructive internal power. Reluctantly guided into the conflict with Dio by his grandfather Joseph Joestar, Jotaro’s focus become clear when the life of his mother, Holly Kujo, hangs in the balance. While Jotaro’s powerful Stand Star Platinum exists as a towering, armored physical extension of himself, Holly cannot release hers and Dio’s strange connection to the Joestar’s bloodline has made the condition fatal.

To save Holly, Jotaro and Joseph form an alliance with dangerous men all dedicated to destroying the evil Dio Brando. Their quest will take them across continents and into conflict with Dio’s own allies, the world’s most vicious assassins and murderers.

While supplies last, preorders will include a "word effects" bandanna gift item!