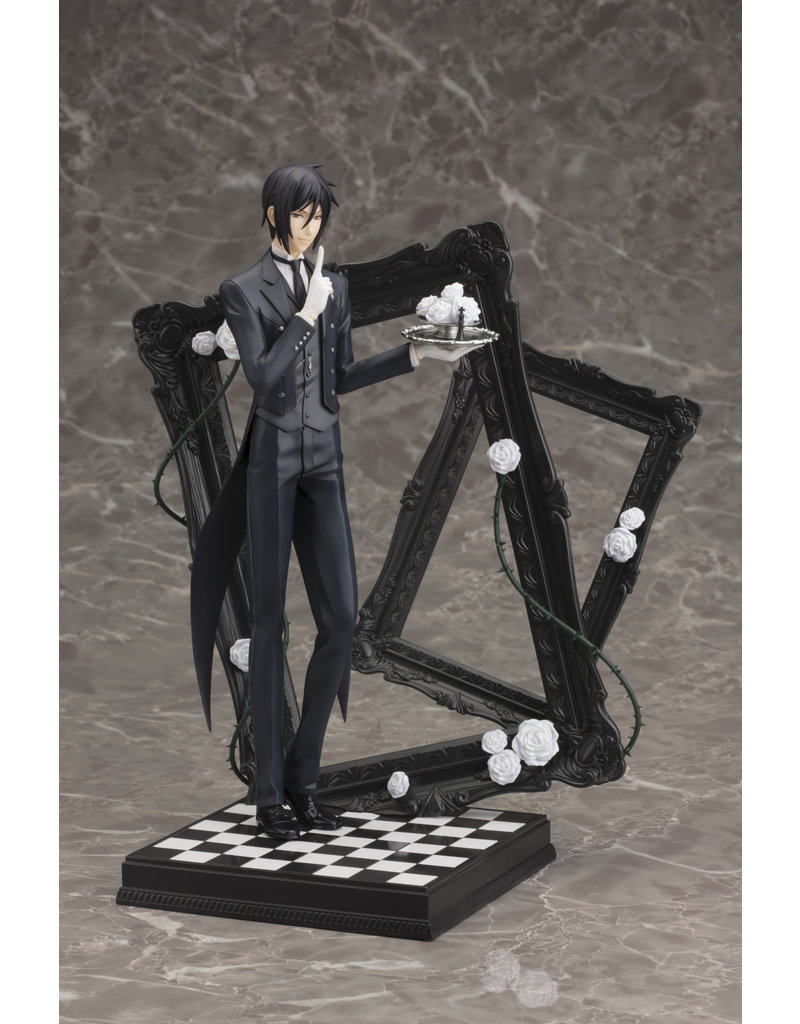 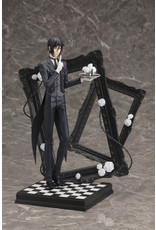 A KOTOBUKIYA Japanese import! The next new addition to the ARTFXJ lineup (a bold new expansion designed “to bring classic Japanese characters to their fans worldwide”) is another massively popular anime and manga property, Black Butler and its most recent season “Book of Circus.” Based on the manga series by the same name by Yana Toboso, the animated series follows a rich young orphan and his butler who is really a demon in disguise serving his master before he can reap his soul. The new Kotobukiya ARTFXJ series captures the two main characters of the anime featuring the titular servant in disguise, SEBASTIAN MICHAELIS! Wearing his iconic butler outfit with sharp trousers, tailcoat, and tie in black, gray vest, and white shirt and gloves, Sebastian steps forward provocatively with a slim finger raised to his lips to indicate silence. The demon carries a tray of white roses which match those on his unique display base, a chessboard surface beneath the butler and a series of empty black picture frames hovering behind him. Elegant and poised, Michaelis looks sideways at you conspiratorially with his red eyes, sharing the secret of his service to his young master. The Black Butler stands just under 10 inches tall (1/8 scale) on his special display base. And while he looks striking in his predominantly black and white presentation Sebastian Michaelis looks even better alongside his similarly chess-themed companion Ciel Phantomhive!