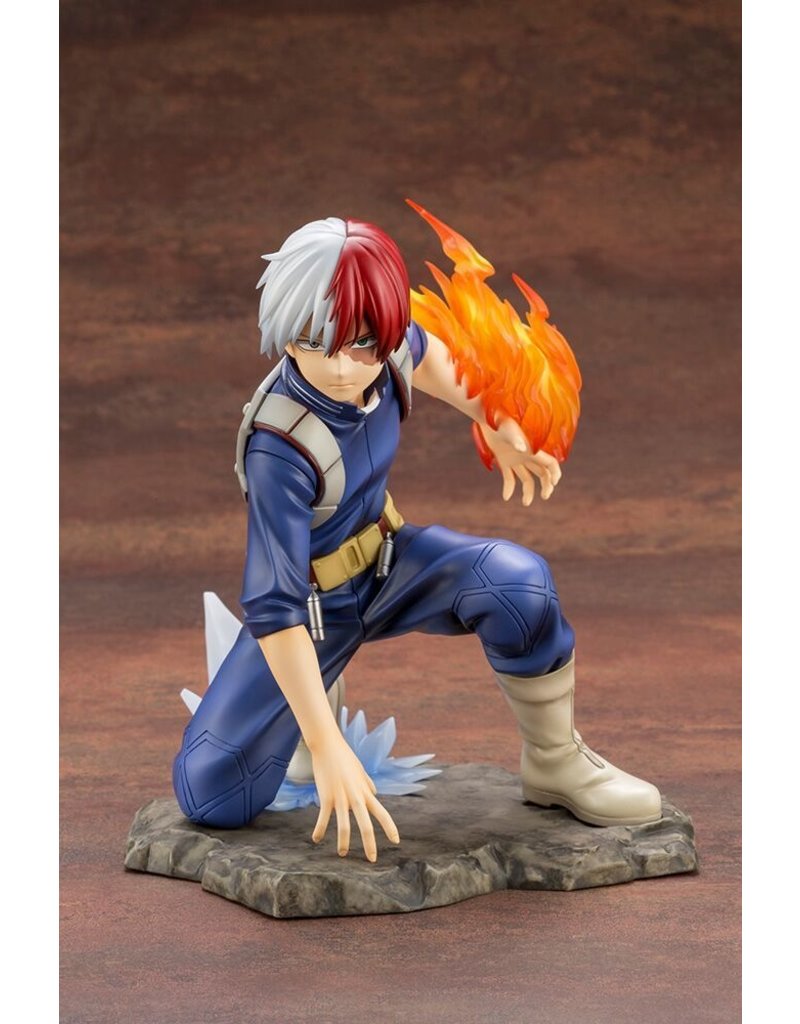 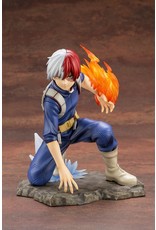 The next character from the hit anime series My Hero Academia to join the ARTFX J line is ShotoTodoroki!

The My Hero Academia ARTFX J series depicts popular characters from the show in a moment of truthas they face off against a villain.

Although hidden by his cool composure, Todoroki’s burning passion shows through in this dynamic 1/8scale statue. The flame parts on the figure’s left arm can be removed, giving you the option to displaythe young hero using both sides of his unique Half-Cold Half-Hot Quirk.

Display Shoto Todoroki alongside his classmates Izuku Midoriya, Katsuki Bakugo, and Ochaco Urarakato recreate the world of My Hero Academia!