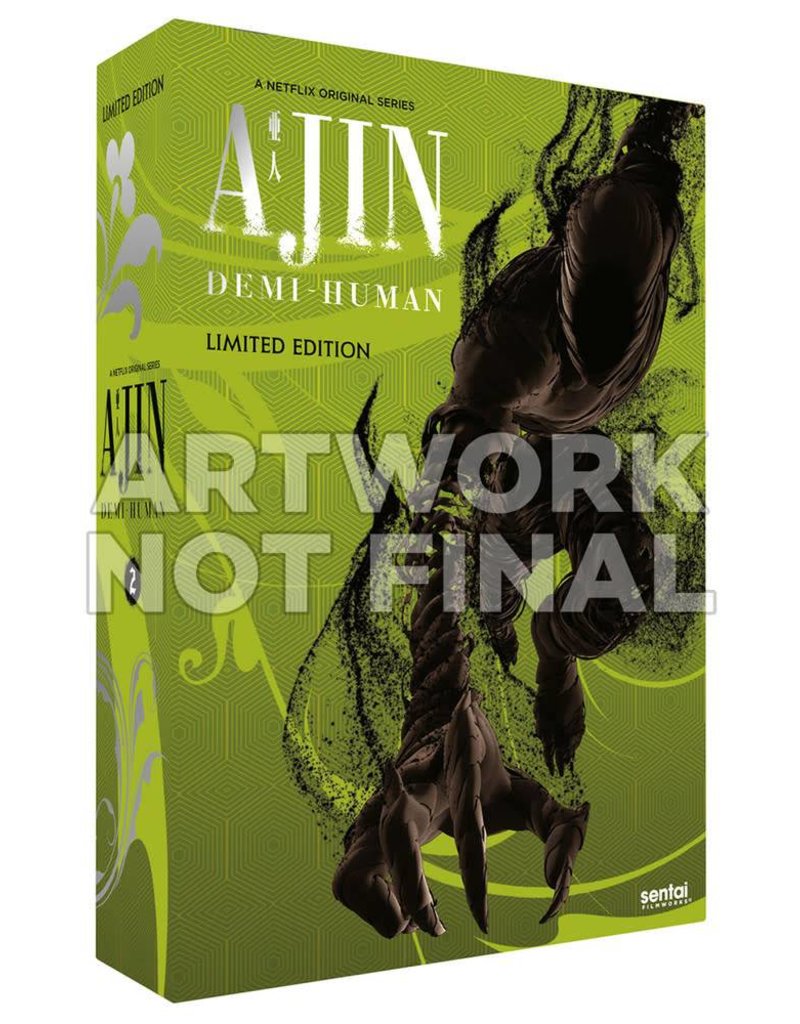 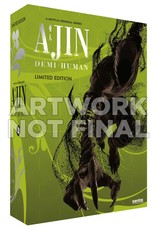 Ajin: Demi-Human Season 2 contains episodes 1-13 and movies "Comfort" and "Collide" all in a chipboard box that includes a booklet plus art cards.