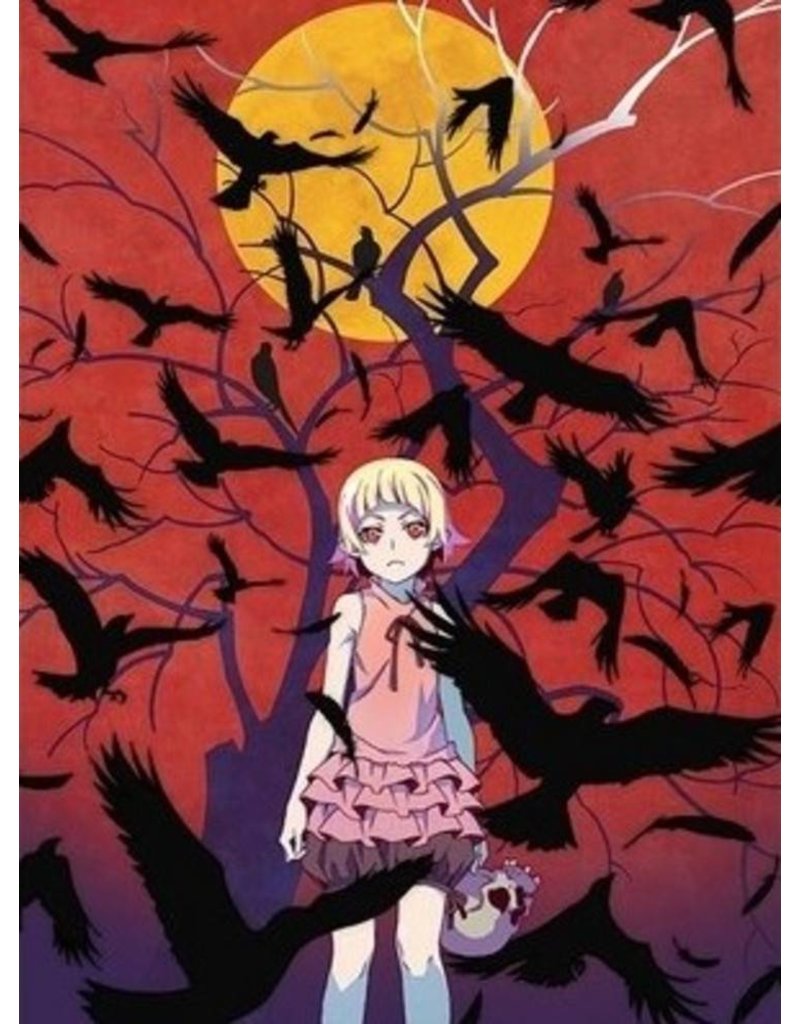 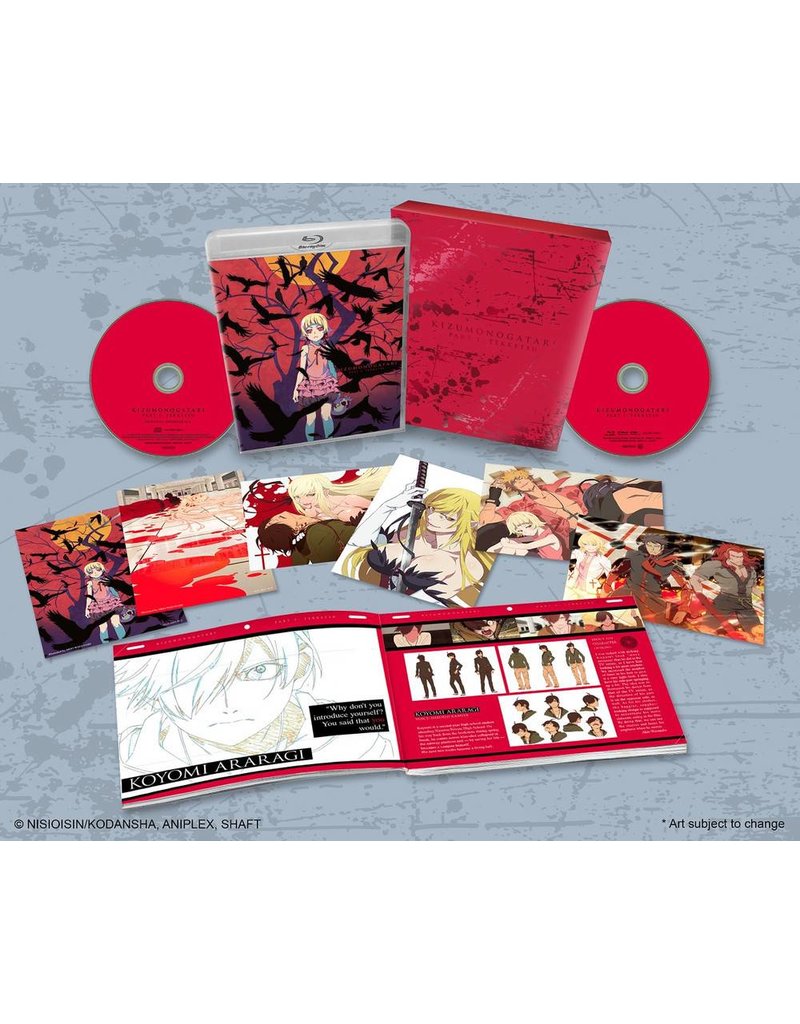 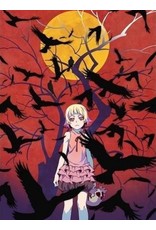 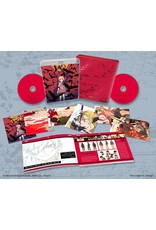 Part 1 Tekketsu Story: One day, Koyomi Araragi encounters the horrifying vampire, Kiss-shot Acerola-orion Heart-under-blade A.K.A. the “King of Apparitions.” He saves the fatally wounded Kiss-shot by offering his blood at the expense of his own life as a human. Now Koyomi has to face the vampire hunters to retrieve Kiss-shot’s limbs which were taken by these hunters…