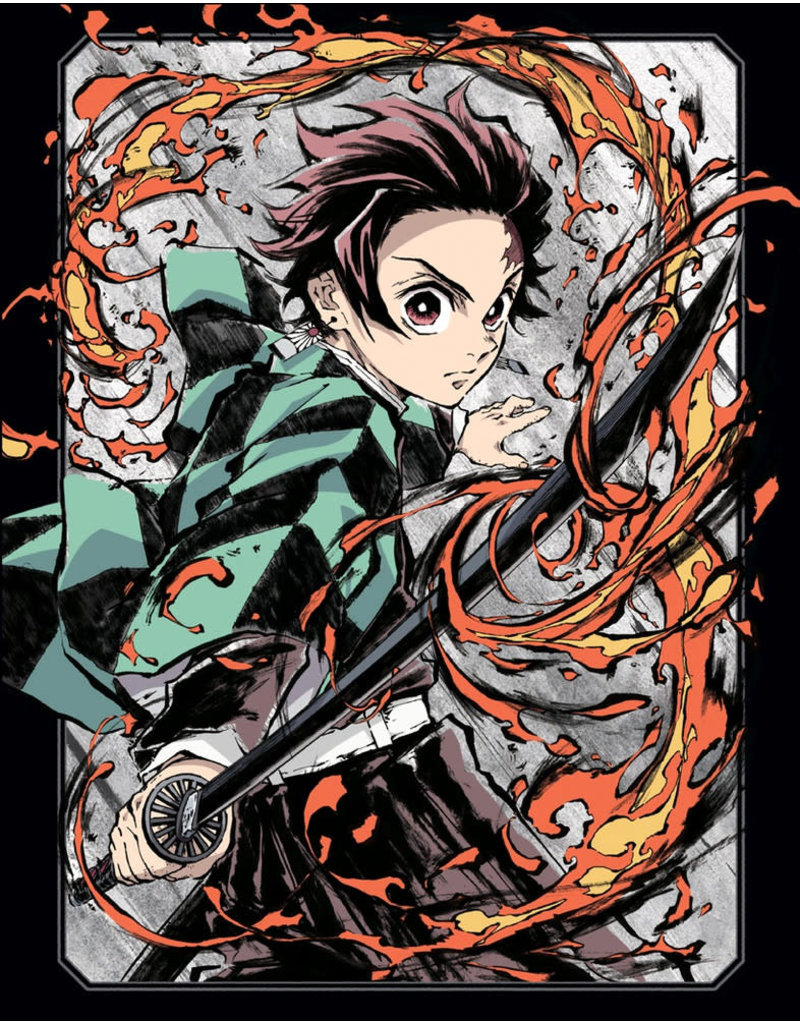 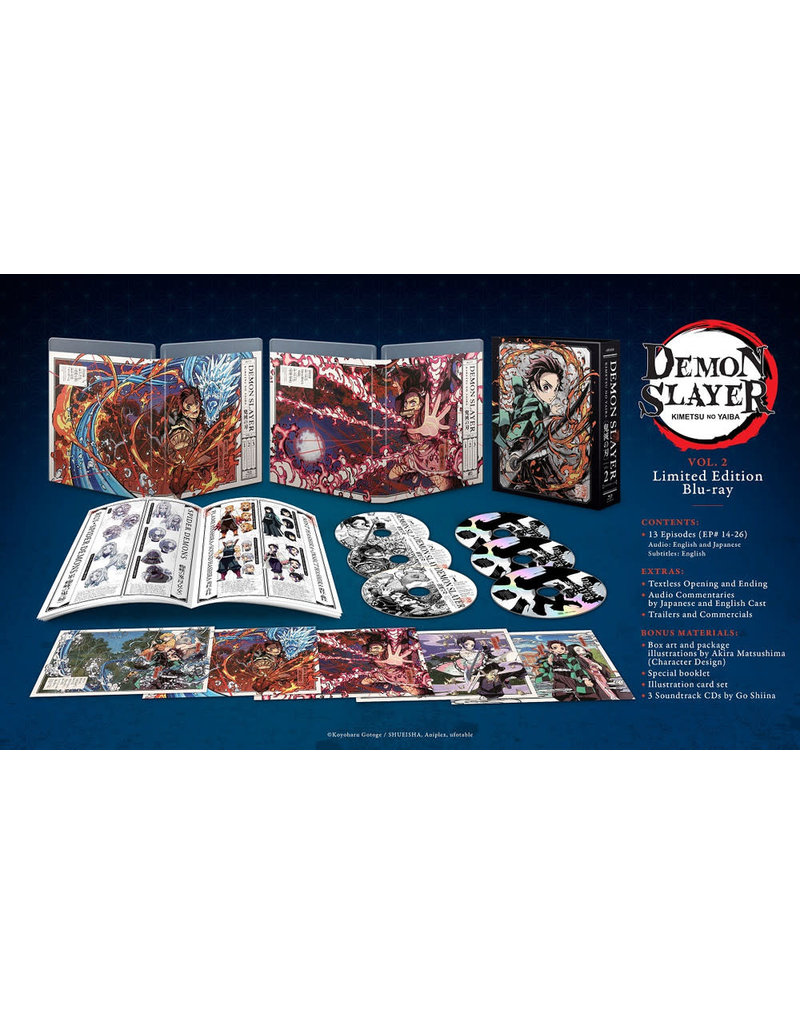 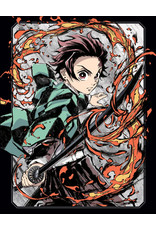 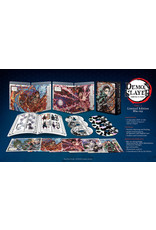 Become the blade that cuts down despair—

It is the Taisho Period in Japan. Tanjiro, a kindhearted boy who sells charcoal for a living, finds his family slaughtered by a demon. To make matters worse, his younger sister Nezuko, the sole survivor, has been transformed into a demon herself. Though devastated by this grim reality, Tanjiro resolves to become a demon slayer so that he can turn his sister back into a human, and kill the demon that massacred his family. A sorrowful tale of siblings in which the fates of humans and demons intertwine...begins now!

The award-winning Demon Slayer: Kimetsu no Yaiba series is finally coming to Blu-ray as a Limited Edition! Quickly becoming the most-talked about series since its premiere in April 2019, the show is based on the bestselling Weekly Shonen Jump manga by Koyoharu Gotoge and features animation production by the esteemed studio ufotable (Fate/stay night [Heaven's Feel] trilogy, Fate/Zero).

Truly a collector’s item for any diehard Demon Slayer: Kimetsu no Yaiba fan, the Limited Edition Blu-ray comes with a bevy of exclusive bonuses including audio commentary from both the Japanese and English cast, illustration card set, special booklet, plus soundtrack CDs featuring the breathtaking music by Go Shiina. The English dubbed version of the special preview videos at the end of each episode are also only available on the Blu-ray. The Demon Slayer: Kimetsu no Yaiba Limited Edition Blu-ray Vol. 2 contains episodes 14 through 26 of the series, encompassing the final half of the "Tanjiro Kamado, Unwavering Resolve Arc.”

Time for a Taisho-era secret!
Episode 19 has a special ending sequence, featuring the insert song "‎Kamado Tanjiro no Uta" with lyrics by ufotable.