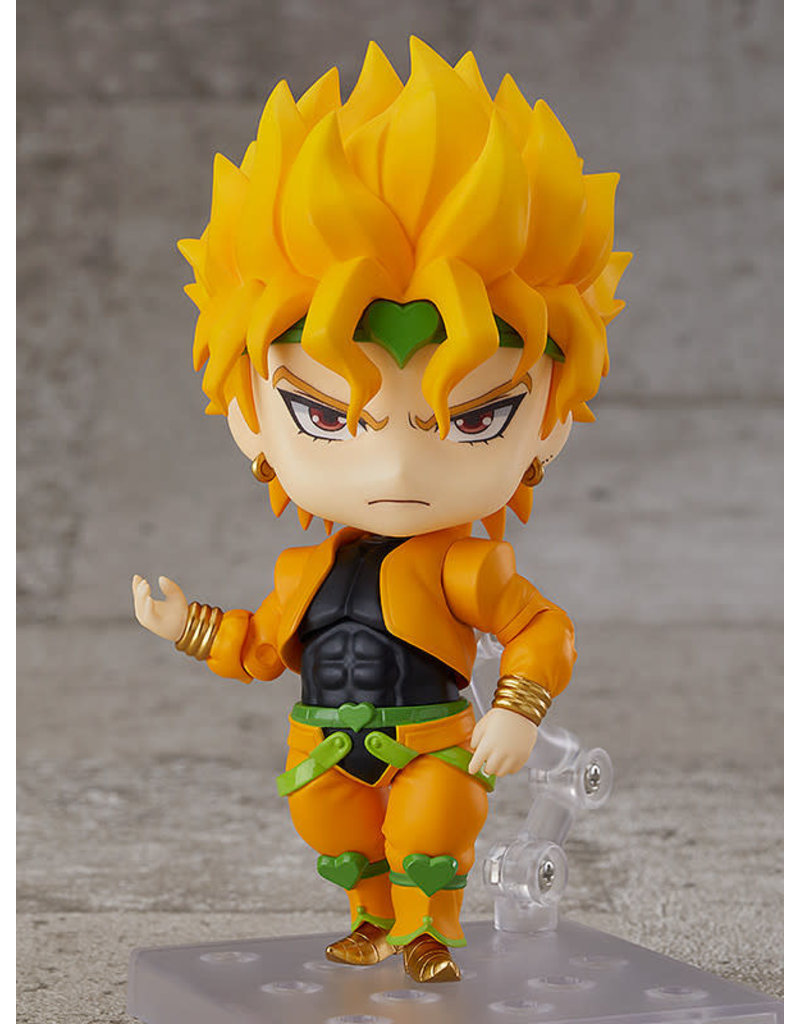 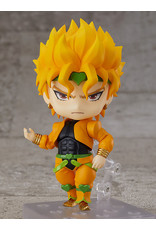 From the anime series "JoJo's Bizarre Adventure: Stardust Crusaders" comes a Nendoroid of the longtime enemy of the Joestar family, DIO!

The figure is fully articulated so you can display him in a wide variety of poses. He comes with three face plates including his standard expression, his sneering expression and his crazed expression.

For optional parts, he comes with the knives from his fight with Jotaro, a street sign and more! Use the various included special hand parts to recreate different scenes from the series. An effect part based on his stand, The World, is also included for recreating battle scenes! Be sure to add him to your collection along with the other Nendoroids from the JoJo series!