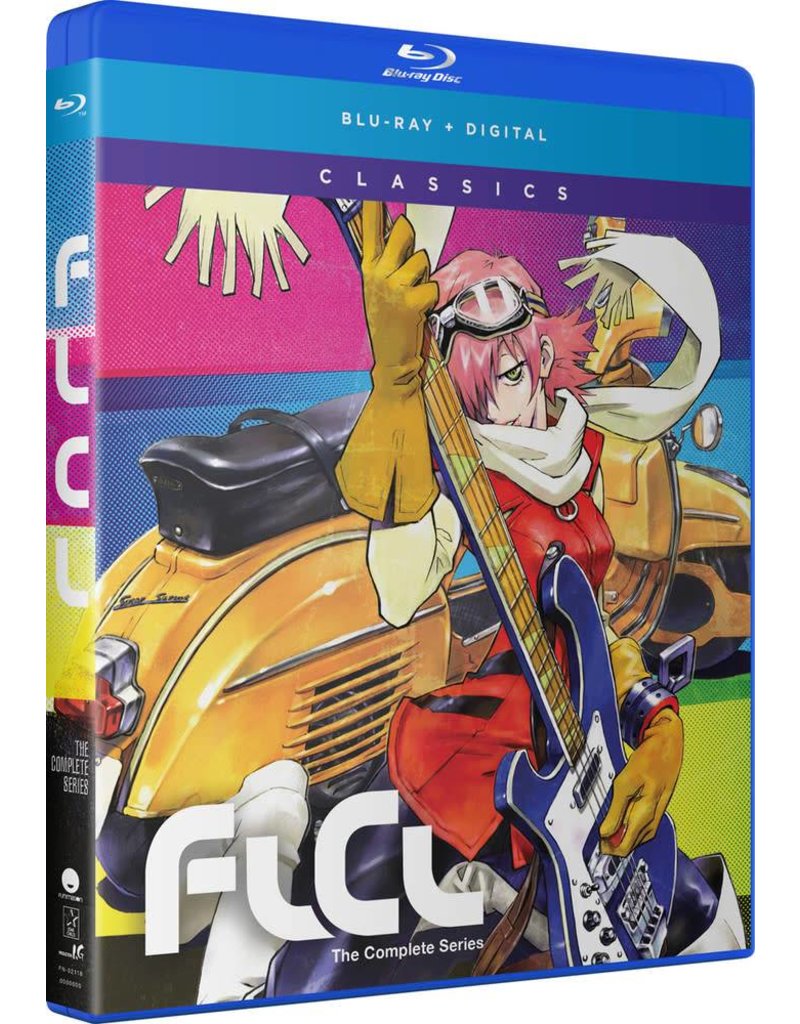 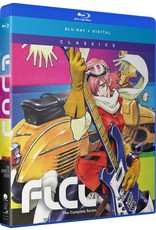 Naota is a detached sixth-grader afflicted by the pangs of puberty. He’s fooling around with his brother’s ex-girlfriend when a crazed girl on a motor scooter runs him over, brains him with a bass guitar, and moves into his house. This pink-haired girl, Haruko—who claims she’s an alien—hurls Naota into the middle of a mega-corporation’s secret agenda. Oh, and now giant battling robots shoot from his skull. Mix in mind-bending animation and tunes that echo through your cerebellum to top off the trip that will have you falling hard for FLCL.