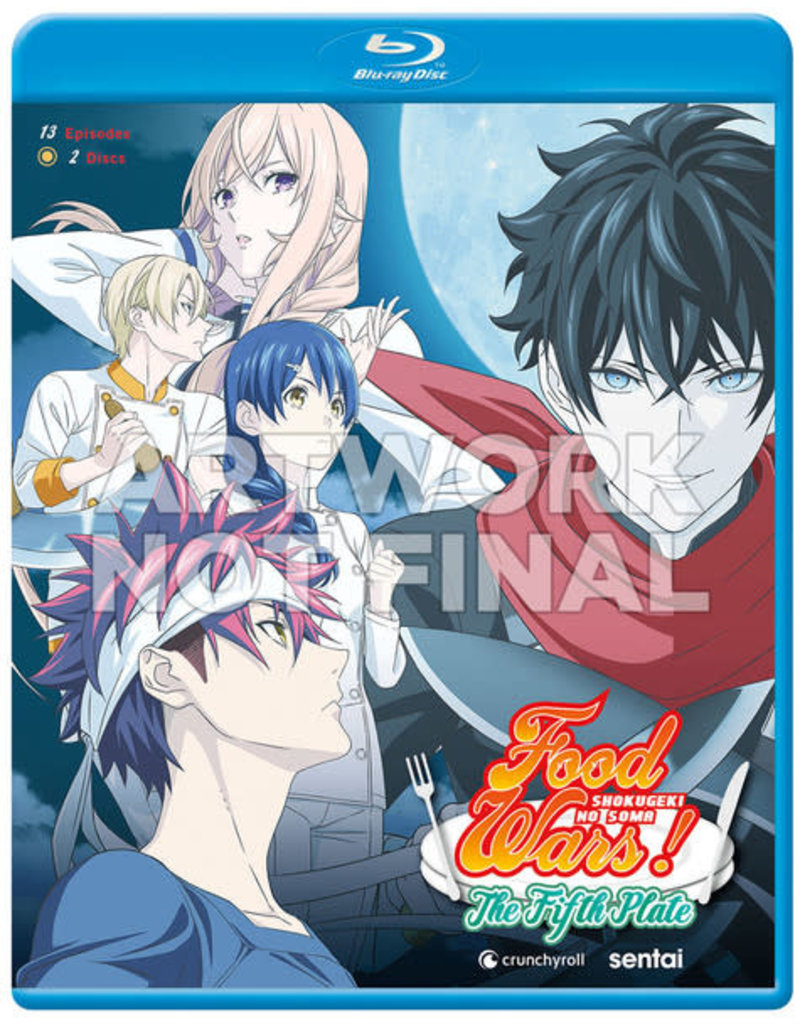 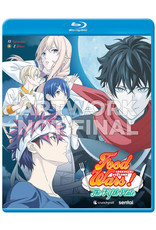 The first semester of the second year is coming to a close, and finals have begun! It seems that Soma and his classmates have been dealt a recipe for disaster: in just three days, they must make at least 3 million yen (approximately 27 thousand dollars) at the restaurant they've been assigned.

However, while other teams have been placed in restaurants that are already in operation, Soma's team receives a dilapidated property that must be restored first! But that's only a minor challenge compared to what comes next, as the top students from all levels of Totsuki compete to become one of the school's three representatives at BLUE, one of the world's most legendary culinary competitions! Tempers flare, surprise ingredients abound, and someone's sure to get burned in most heated cook off of all in the fifth and possibly final season of Food Wars!