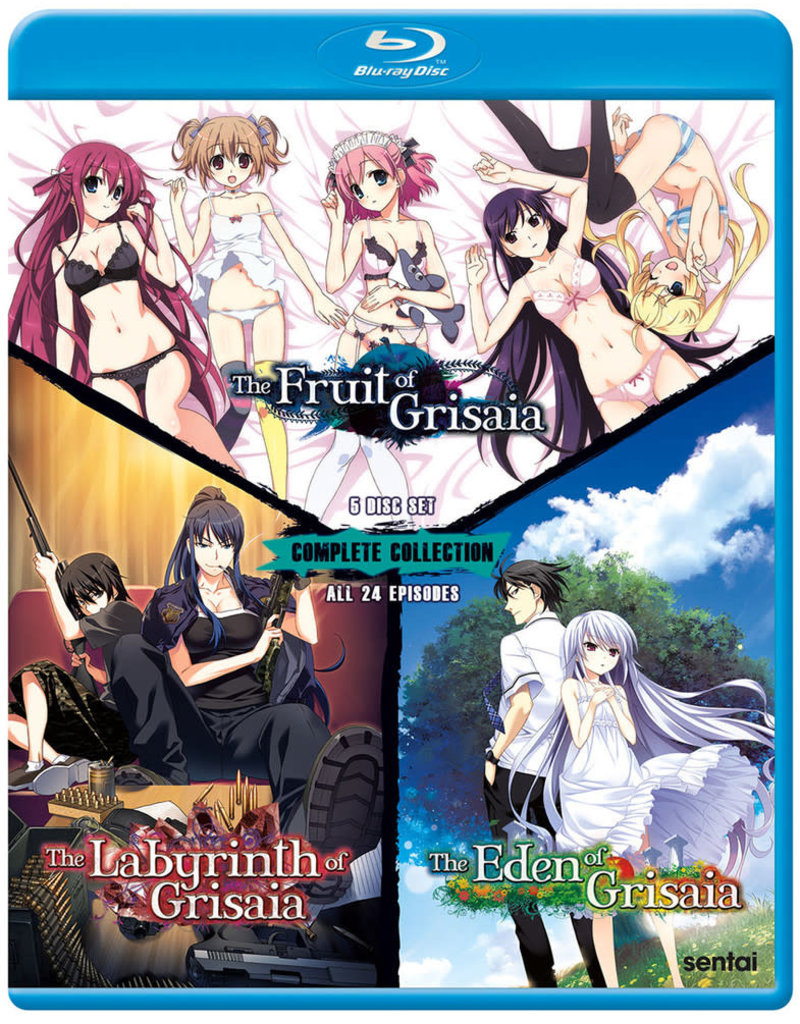 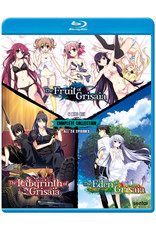 There's a reason that THE FRUIT OF GRISAIA's Yuji Kazami adjusted so easily to living in a prison-like school with five very twisted girls: Mihama Academy wasn't his first experience with an education in hell. In THE LABYRINTH OF GRISAIA, Yuji's horrific past is revealed. From a dysfunctional family controlled by a domineering sister and an abusive father, his youth was a steady descent into hell that ultimately led to a school for assassins where the only way out was murder! So when Yuji's past comes back to haunt him and he's framed for a crime that he didn't commit, there's really only one group of bad girls he can trust to have his back… and the five girl commando squad of Yumiko Sakaki, Makina Irisu, Sachi Komine, Amane Suou, and Michiru Matsushima doesn't let him down in THE EDEN OF GRISAIA!